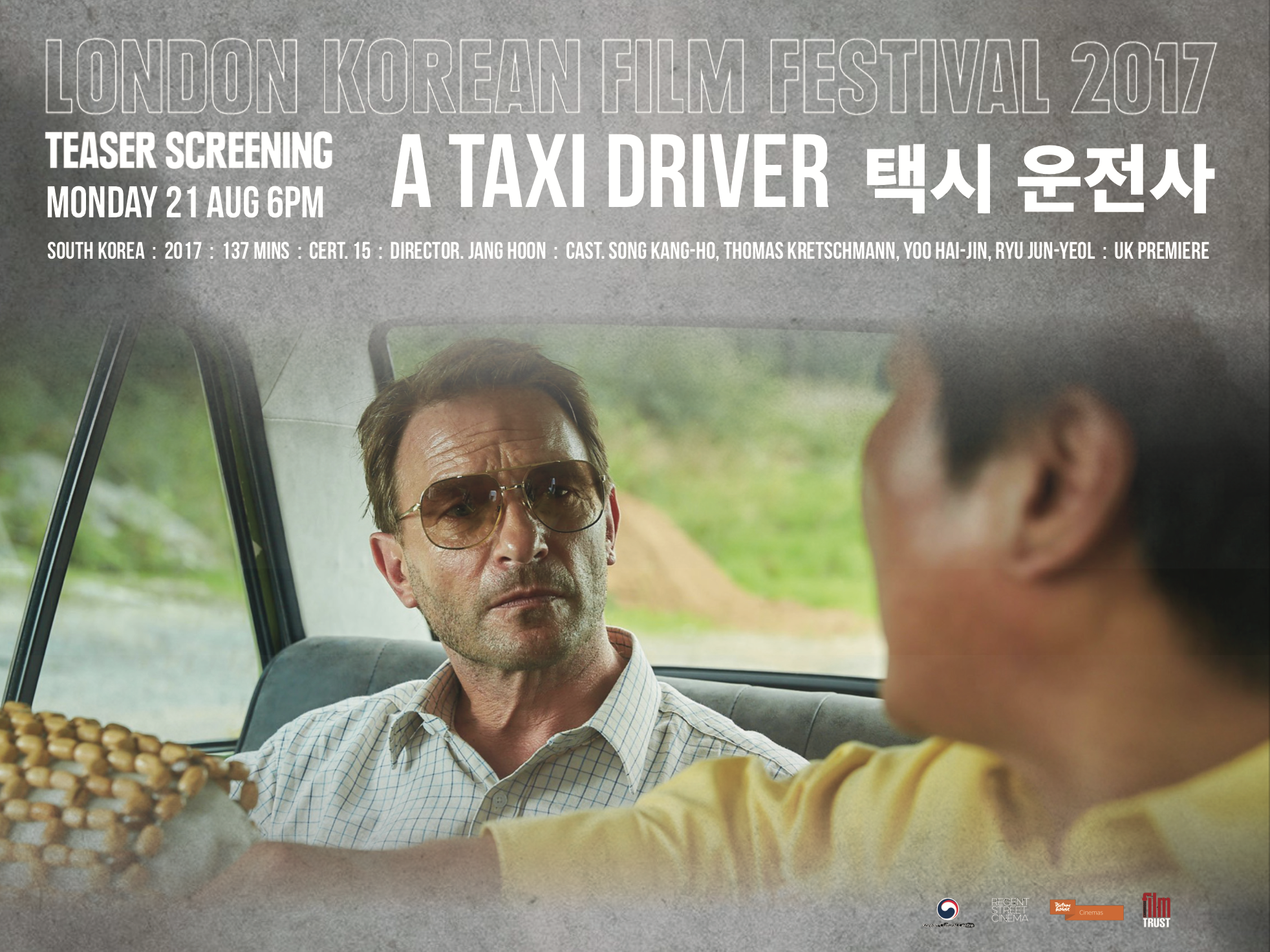 Book Tickets for A Taxi Driver

Based on true events, A Taxi Driver follows taxi driver Man-seob (Song Kang-ho, The Age of Shadows, The Host) and his foreign journalist passenger (Thomas Kretschmann, Avengers: Age of Ultron) as they become swept up in a movement that will change the course of a nation’s history forever.

Director Hang Joon (The Front Line) begins his film as a charming road movie filled with humour and colourful period detail, before taking a more serious turn as both driver and passenger are affected by the situation unfolding around them.

Book Tickets for A Taxi Driver