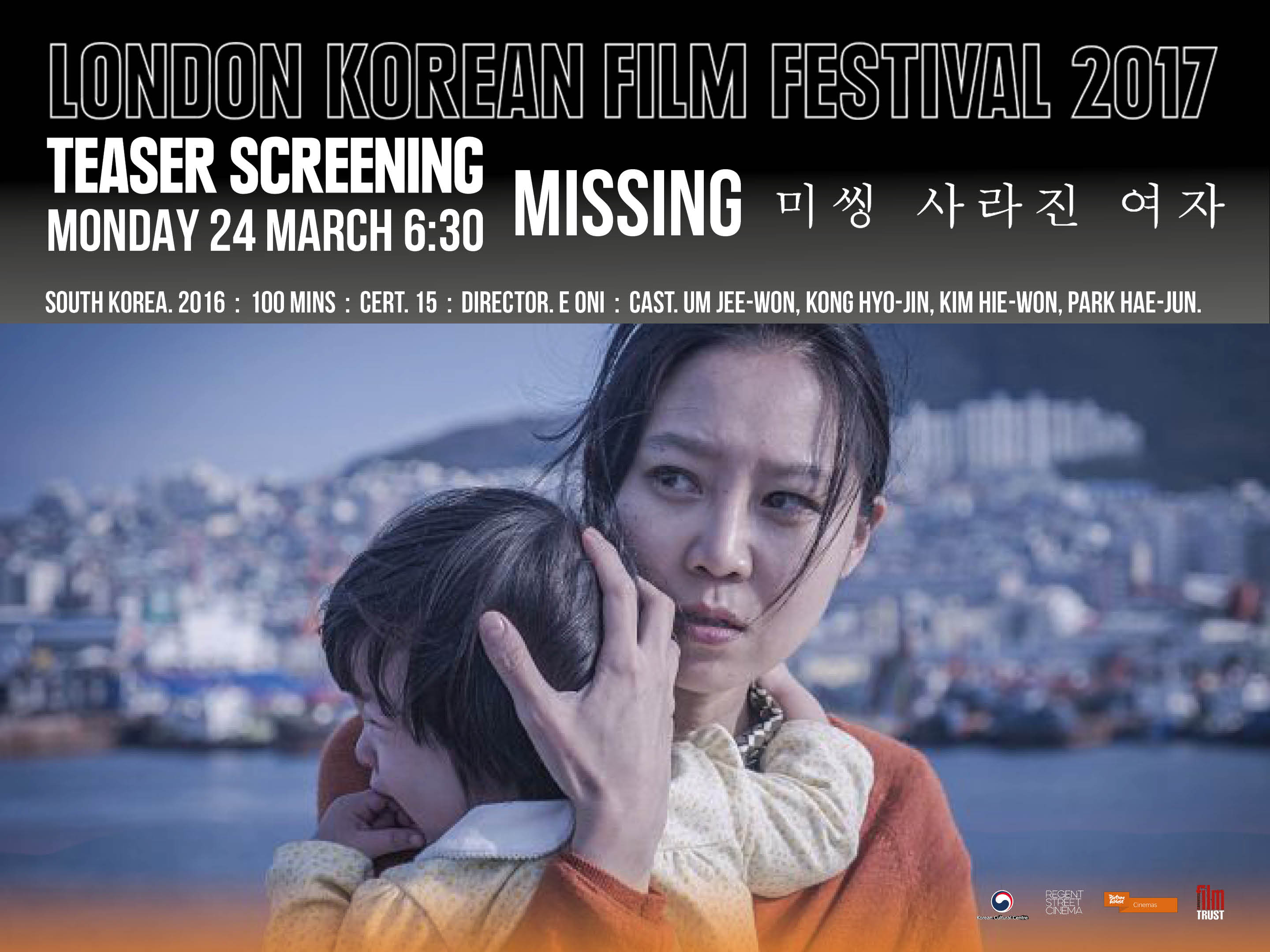 Returning home one day to find that her 18-month old son and trusted nanny have disappeared, a nightmare scenario begins to unfold for singlemother Ji-sun (Uhm Ji-won, The Silenced). With a custody battle for the child hanging over her head, going to the police is not an option. When it's discovered that the nanny, Han-mae (Kong Hyo-jin, Crush and Blush), has lied about her identity, a desperate situation goes from bad to worse, and a frantic chase begins ...

Missing features an intriguing mix of crime, mystery and thriller genre elements along with a strong-willed female protagonist forced to battle the system in an increasingly complex quest to locate a missing child. Along with the race-against-the-clock style narrative, director E Oni deftly interweaves her plot with pressing contemporary issues such as the treatment of women in the workplace, attitudes towards single mothers and the problems faced by immigrants in Korean society.

The film may be built around a thrilling hunt for the truth, but the character motivations differ from the typical revenge-thriller, and the film leaves us guessing at Han-mae's true intentions for the stolen child until the very end.