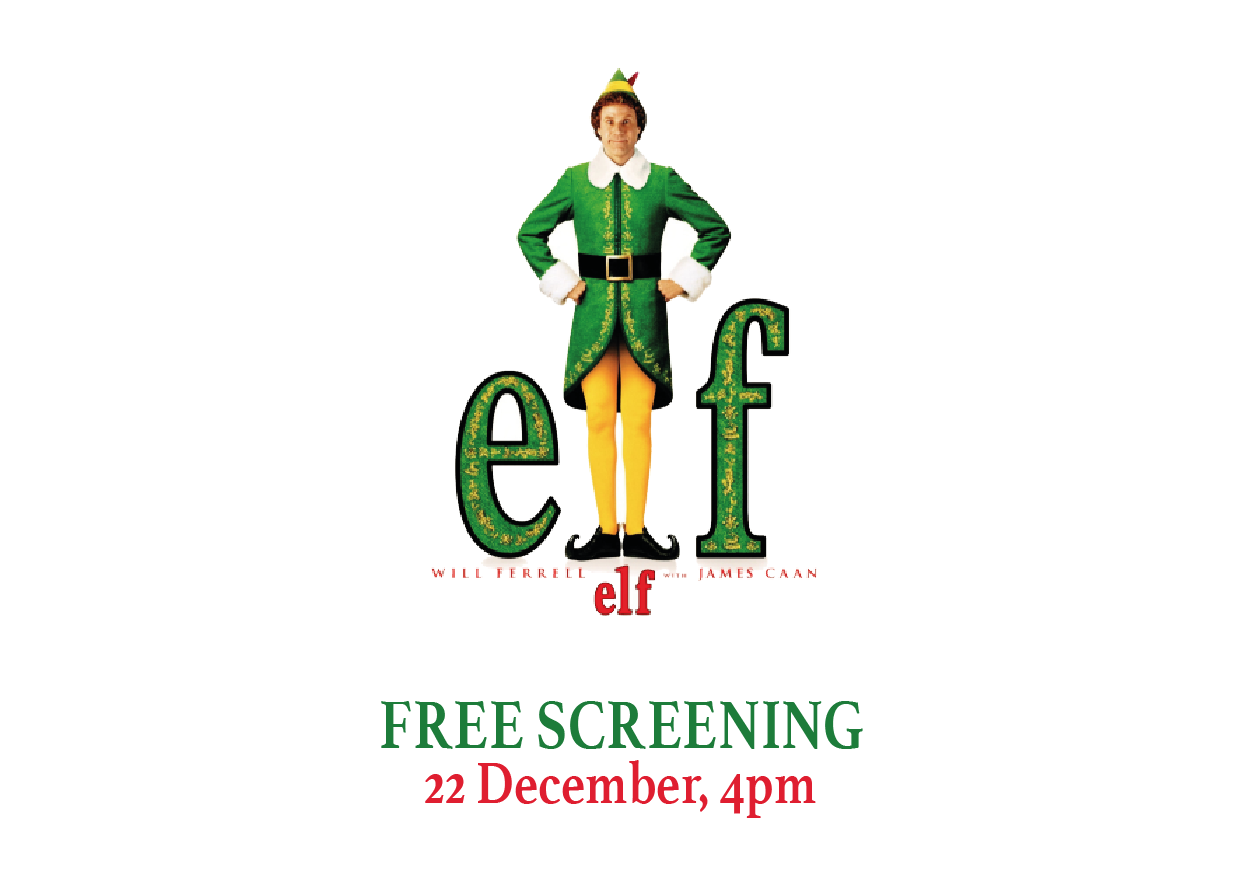 Cambridge Film Festival is pleased to be partnering with the Cherry Hinton Festival to bring a Christmas Screening of the wonderful ELF to St Andrews Church Cherry Hinton.

There are up to 200 FREE places available on a first come first served basis so no need to book a ticket, just turn up and enjoy the movie!

Maybe the Perfect Christmas Movie ELF stars Will Ferrell as the ultimate fish out of water, Buddy, who as a baby crawls into Santa's toy bag and is whisked off to the North Pole, where he is raised as an elf.

A misfit who grows to be three times the size of his elf family, Buddy ultimately heads to his birthplace of New York City to seek out his roots. Unfortunately, they turn out to be a "Scrooge"-like father (James Caan) and a cynical eight-year-old stepbrother who doesn't believe in Santa.

Worst of all, everyone seems to have forgotten the true meaning of Christmas. But using his simple elf ways, Buddy sets out to single-handedly win over his family and save Christmas in New York, hoping to at last find his true place in the world.