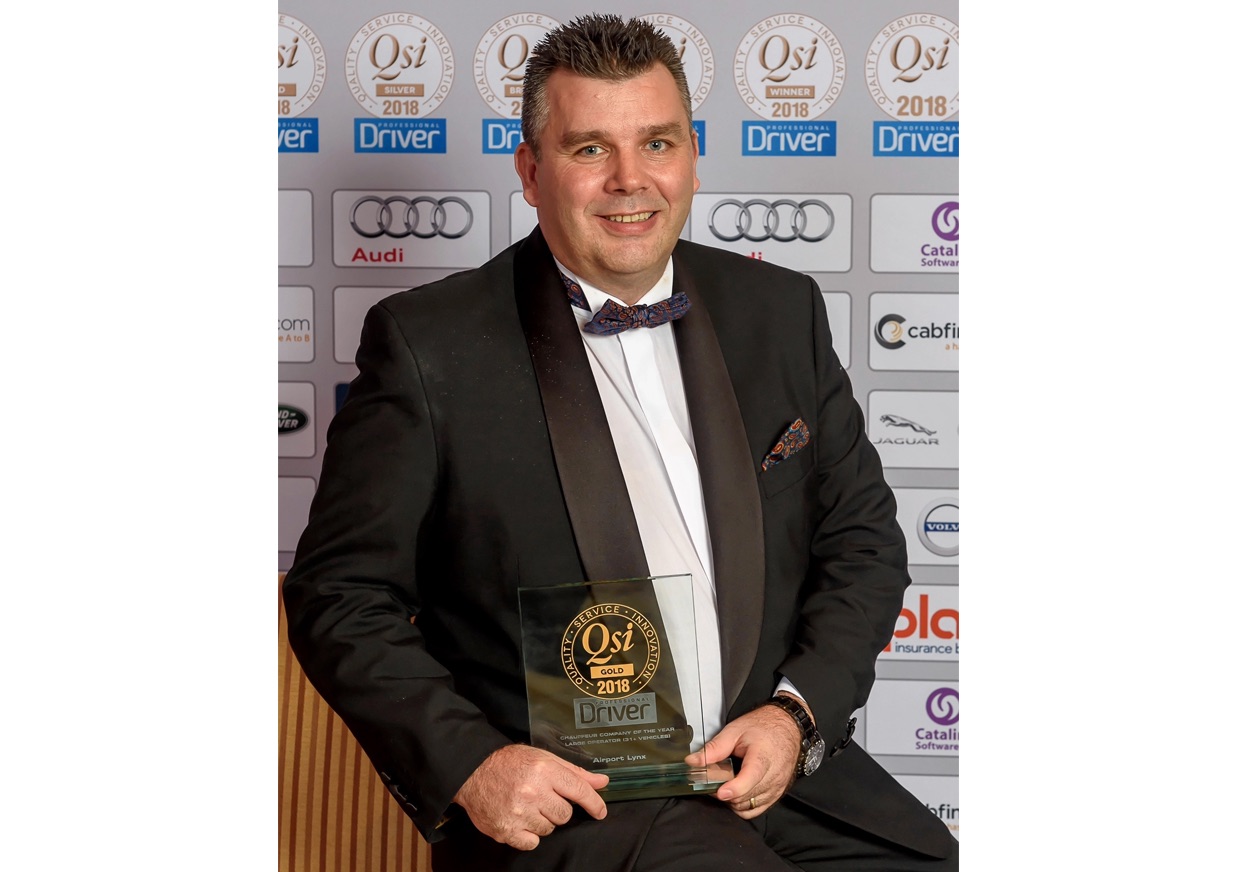 Christmas has come early for Airport Lynx after winning gold in their debut entry in the category of large chauffeur operator of the year. It’s come as something of a surprise - as Cambridge’s leading chauffeur company, Airport Lynx is known for not being self-promotional – it usually takes the approach of letting its work speak for itself, enabling the team to focus on the customers who are the heart of the service and the drivers who keep the wheels moving on the roads.

“All three of our medallists in this category are past Gold QSi Award winners, which highlights the stellar standard on the shortlist. It took a very good company to beat last year’s winner– and Airport Lynx is undoubtedly a very good company. Airport Lynx first entered the awards in 2014 and won gold in the medium category in 2016. It has since moved up a division and has secured gold without losing its strong focus on customers and drivers.”

“The judges were especially impressed by the personal approach the company takes to driver and customer relationships, and its willingness to get involved with local initiatives, all helping to build a strong and respected brand.”

Steve Russell reflected on the evening:

“It is an incredible accolade to be recognised as a strong and respected brand. We are a strong team with a huge respect for the customers we have the opportunity to serve. To have that reflected, by our peers, will keep us warm no matter what the chill factor is outside.”

“I’m embarrassed that there’s just me in the photos: this gold award reflects on a herculean team effort - we should all be in the picture. We really didn’t think we’d place this year – hence there being just me attending – because of how high the competitive standard is.”

The application was judged as being particularly noteworthy because it challenged nine common business clichés – the biggest being that growth means that businesses lose their personal touch. Getting to know customers has worked well for Airport Lynx – it has made sense to sweat the small stuff, to pay attention to the details, to sustain relationships for the longer term.

We’ve been assure that the glory won’t go to their heads although there will be two changes going forwards – a new set of Christmas decorations with a gold theme and the addition of Gold by Spandau Ballet on repeat at the Christmas Party!