Two hours or surveillance footage of a U.S. flag recorded on the late afternoon of the 13th September 2018, twelve hours before Hurricane Florence ripped through North Carolina. The footage was recorded at Frying Pan Tower, a decommissioned lighthouse located 39 miles off the North Carolina coast in the Atlantic Ocean on the Frying Pan Shoals.

The film with be screened at the Heong Gallery from 11am until 5pm from the 19th to the 24th of October and is free to attend. 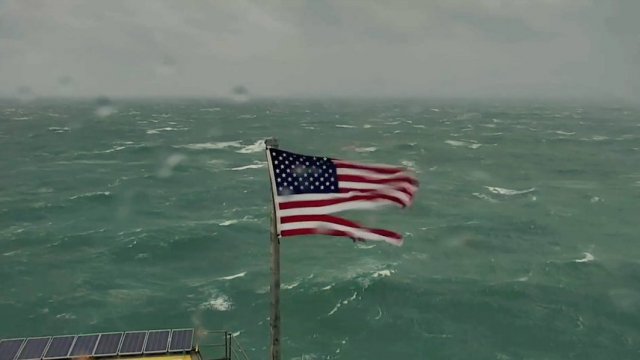