After this content becomes available November 6th at 1:00 am GMT, you'll have 17 days to start watching. Once you begin, you'll have 48 hours to finish watching.

During the last nine months, over 250 short films have been submitted to FilmBath by filmmakers from all over the world. It is an impressive testimony to how many people are willing to spend the time and money to produce their own personal vision. What stands out overall is just how imaginative, funny, and original those visions are. Our selection — half of which are directed by women — reflects both the quality and diversity of films we received. For these promising filmmakers, this is hopefully just the start of a career in the film business.

Bristol's 20th Century Flicks is the oldest video store in the world. It’s small, close-knit crew face a constant struggle to adapt and survive in the age of streaming.

William Trubridge and Sachiko Fukumoto are freediving royalty. Unable to give birth in their favourite place, the ocean, the couple travel to William’s family home to prepare for a water birth.

An elderly man is disturbed by an aggressive argument between a young couple outside his window. Will he help them?

It’s Alan’s first day on the internship of his dreams. But beneath the floorboards, something mysterious is afoot. The dancing apple of chaos is about to roll into their neat little lives.

Demonstrates the power of music to transport us to a moment in time, and in contrast feel the loneliness and pain of silence.

A building contractor faces a series of phone calls that expose a lie that spirals out of control. With his family in danger, he must make the toughest decision of his life.

Based on lived experience and featuring over 20 women, rich feminist poetry and snappy, colourful visuals combine to tackle the “correct” way to respond to threats and assault.

The lines between art and reality are mesmerisingly blurred when an actress in a play about a tumultuous relationship is disturbed by a phonecall from a man from her past.

My Dad's Name Was Huw. He Was an Alcoholic Poet | dir Freddie Griffiths | 8m | UK

An intimate and insightful documentary unravelling the state of mind of the director's late alcoholic father through the poems he left behind.

A woman struggles to keep her sanity as she deals with a neighbour who terrorises suburbia with loud noises.

To distract his exuberant children, a single father sets them an impossible task: put together a map of the world he's cut into little pieces.

Talia loves nature. When she discovers the lady next door shares her curiosity for the wilderness, they strike up an unusual friendship.

3-year-old Elvie tells a spooky ghost story while Mum and Dad are made to film whatever she says. An unusual vampire’s tale filled with scares, laughs, and a lot of sunscreen. 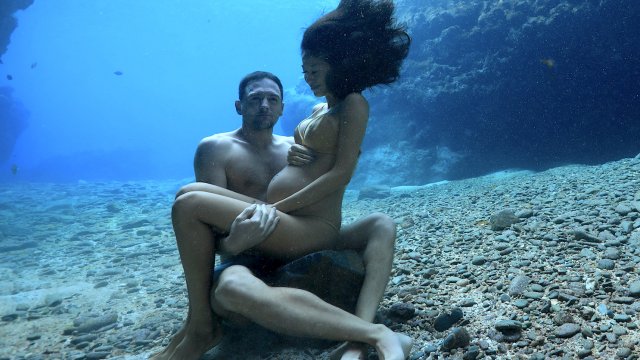