A selection of short dramas and documentaries made by local filmmakers.

A dark period drama set in the 1800s in rural England, 73 years after witch hunts were banned.

We Farmed a Lot of Acres | dir Richard Gravett | 5m

Punctuated by 8mm footage filmed in the '60s by Richard Brickell, the East Sussex farmer of 90 reflects on a past way of farming deeply connected with the land.

Set to scenes of a UK in lockdown, a daughter reads a letter from her isolated mother.

In this psychological horror, set in a Brighton bookshop, a book-loving student on a quest for a Gothic novel is seduced into an unearthly game.

Can a banana and a piece of string really help someone on the road to recovery? Starring Derry Girl’s Jamie-Lee O’Donnell.

An isolated man’s ritualistic pursuit of creation in the heart of a dark, dense forest.

A young man contemplates a future abroad after becoming disillusioned with his country.

A first date reveals sinister intentions, but who is really in danger?

During lockdown, an isolated and lonely man finds himself reconnected with family, his community, and an enthusiasm for life… but for how long? 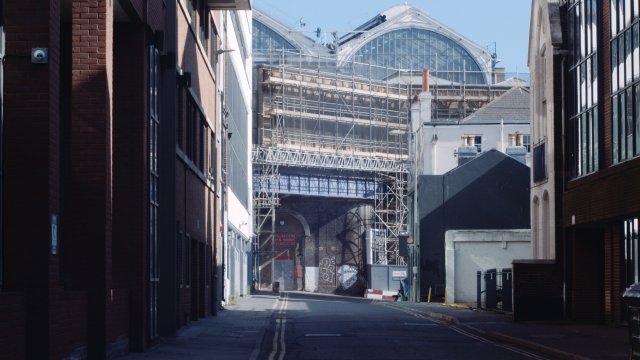