After this content becomes available November 6th at 1:00 am GMT+1, you'll have 17 days to start watching. Once you begin, you'll have 48 hours to finish watching the film.

On 11 November, 19:00 there is a live Q&A with project director Becky Edmunds.

To Be Continued is an innovative new web series of short films that employs voice, sound design, and archive film to tell the remarkable story of Dick Perceval.

The discovery of his diaries in a pile of rubbish inspired the production of the series and its exploration of his life in England during the mid 20th century. A cast of hundreds enters Perceval’s world via archive film drawn from old Hollywood movies, public information broadcasts, cine club creations, and home movies.

For AMPLIFY!, project director Becky Edmunds has created a special compilation, and a live event on Zoom for young filmmakers and curators will involve her in a discussion on the creative uses of archive film. To Be Continued is funded by ACE and supported by Screen Archive South East.

'To Be Continued: An ordinary man with an extraordinary story' - BBC Arts

On 11 November, 19:00 there is a live Q&A with project director Becky Edmunds. 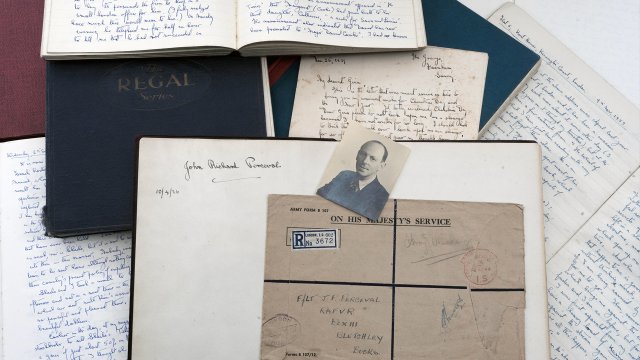