The new home for all our activities aimed at engaging with and encouraging film culture among young people (aged 16-30).

A group of enthusiastic and committed film fans came together as the inaugural CFF Youth Lab. They evaluated a selection of features from the 2019 festival and selected a winning film to receive the inaugural Cambridge Film Festival Young People's Jury Award.

The project grew in scope during its first year as a synergy developed between it and the “A Film I love…” screenings. Throughout the year Youth Lab members attended events and workshops with "A Film I Love..." guest presenters.

With a focus on fostering young people’s film evaluation and criticism skills as well as encouraging communication and team working, the Youth Lab is a key element of CFF at Home’s education and film engagement offering, giving participants unrivaled access to filmmakers & industry professionals and placing them at the heart of CFF’s awards process.

Working with key Festival partner Take One, each year we recruit a team of film & journalism students to write for the Festival magazine. Reviewing, interviewing, recording/transcribing Q&As, taking photographs & helping with marketing. A number of them are invited each year to attend the Cannes Film Festival or other European Film Festivals & provide coverage for Take One. Since 2016 they have also produced a daily publication to supplement Take One magazine which can count towards their coursework.

ShortReel is the established competition for student filmmakers in eastern and central England, run by the Arts Film Club in association with the Cambridge Film Festival. Students of all ages have the opportunity to submit a short film in any genre or style. The winning film has its premiere during the Festival and the winning filmmaker also receives a £200 cash prize to help support and encourage their future filmmaking.

Further details can be found here at the ShortReel Filmmaker Award.

In addition to the initiatives above we also recruit a small team of 6-10 interns to assist with every aspect of the Film Festival, from Marketing and Design opportunities to Events Management and Film Shipment support, these internships offer real, hands on, experience delivering a modern film festival.

For more information, check out our Internships page.

Alongside a small group of interns the much larger team of Festival volunteers is essential to delivering every edition of the Festival. Volunteer duties include ushering at screenings, assisting with marketing activities, assisting the hospitality team, as well as runner tasks including general office and front-of-house duties to keep the Festival running smoothly.

For more information, check out our volunteering page. 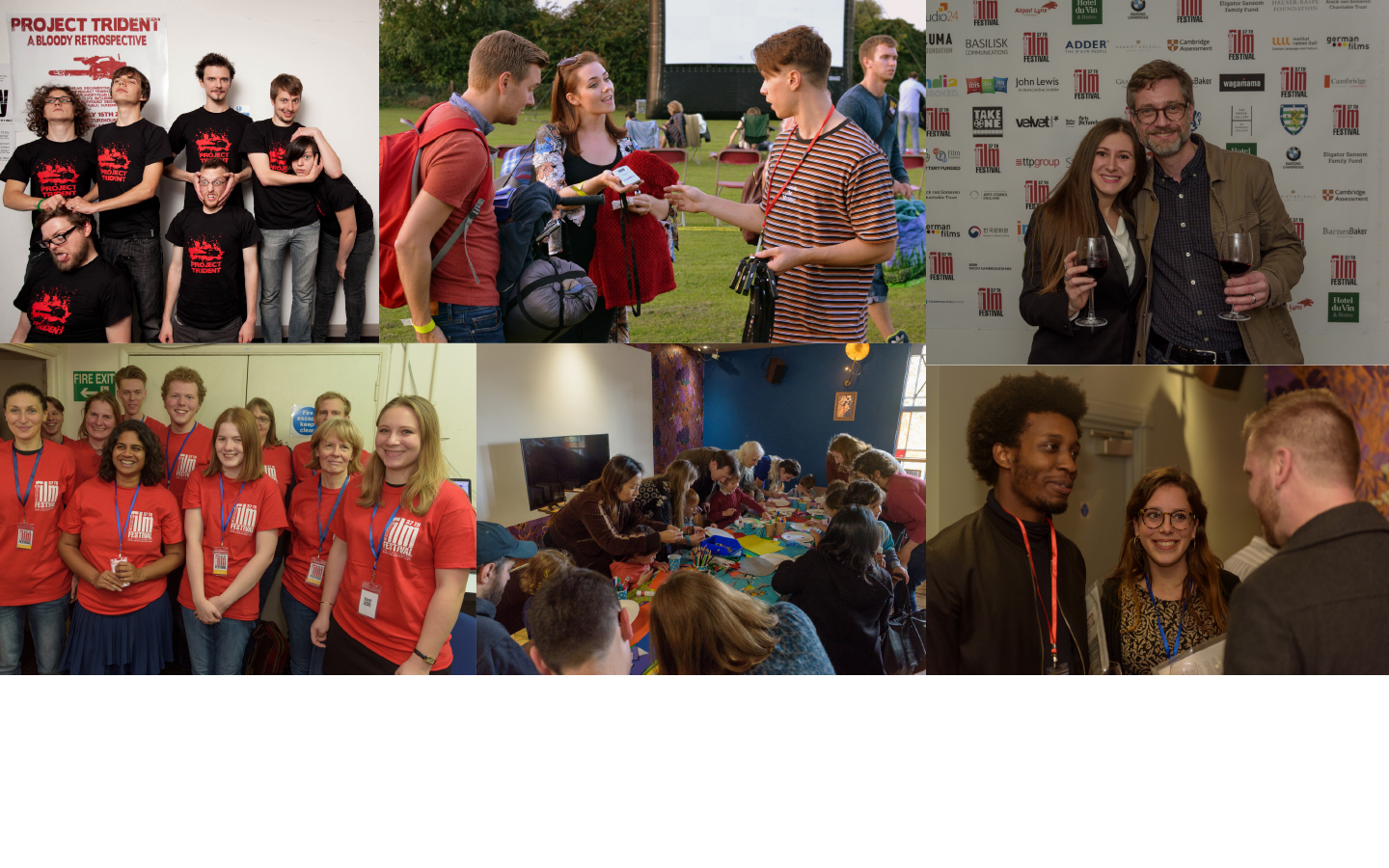