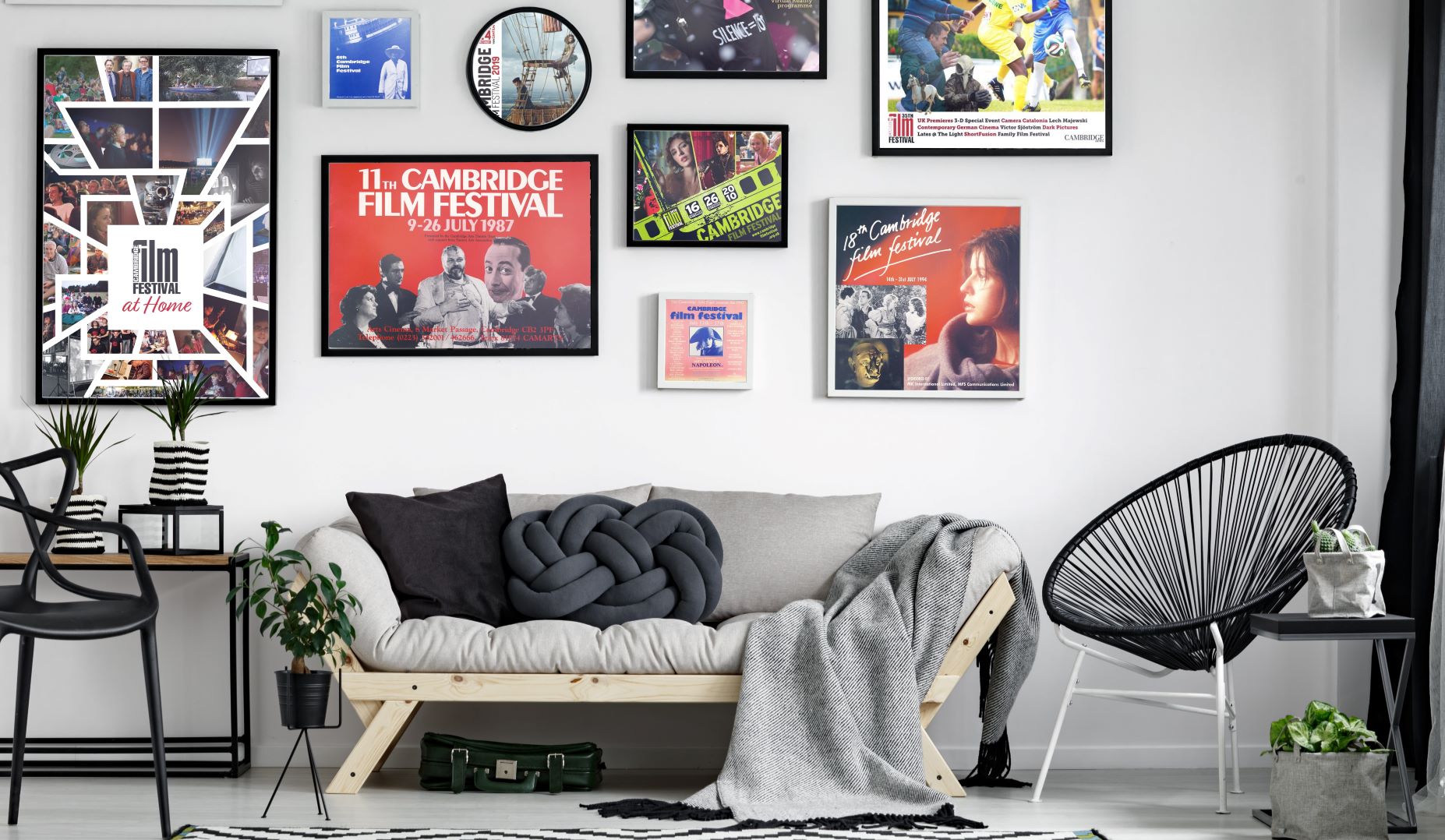 When the first lockdown was announced back in March we feared the 40th edition of Cambridge Film Festival would not go ahead in 2020 so we immediately got to work to save the Festival and to ensure that film lovers would continue to have access to outstanding films that were not available via other platforms.

First came a partnership with three other UK film festivals to produce AMPLIFY! a virtual film festival that ran throughout November 2020 and attracted an audience of over 15,000, not just from Cambridge but UK wide.

Now we are launching CFF at Home, a brand new project that delivers a range of films and film events year-round, as we get ready to present the 40th Cambridge Film Festival later in 2021.

Get to know the full Cambridge Film Festival At Home programme of activity and continue to support and share our love of film and cinema during these unprecedented times.

Now moving online for its second season, these wonderful events showcase special guests who choose, present and talk about a film they love and why it means so much to them prior to the screening of the film.

The new season will present remarkable films introduced by some of the UK’s top film journalists and critics, including Mark Kermode, Simon Mayo, Anna Smith, Simran Hans and many more. Opening on Friday 8th January 2021, the series will then continue with fortnightly screenings.

Due to our commitment to making cinema accessible to all, these film screenings are offered on a Pay What You Can Afford basis on our brand new CFF at Home Screening Room.

Find out more about "A Film I Love..." and enjoy our archive of conversations with previous guests.

Further to the ‘A film I Love…’ screenings, CFF at Home also features a retrospective season called ‘Rewind’, which is a look back at some of the greatest films from 40 years of the Cambridge Film Festival as we build up to the 40th Festival anniversary this autumn. Titles include Paris, Texas, La Haine, You Were Never Really Here or Fitzcarraldo, among many others.

These unique snapshots of the Festival are also offered on a Pay What You Can Afford basis!

Unlike the ‘A film I Love…’ films which screen from Friday evening to Sunday night, the Rewind films will be screened for a whole week, from Friday through to Thursday night – which means from now on there will always be at least one amazing film available to watch in the CFF at Home Screening Room. The idea is to offer film-lovers a place to visit for interesting and alternative cinema.

After its successful launch in 2019, Cambridge Film Festival’s Youth Lab is being expanded this year!

Find out more about the Cambridge Film Festival Youth Lab

The Cambridge Film Festival "In your community" project brings a whole host of exciting cinema right into the heart of communities around Cambridge.

In partnership with Cambridge City Council, we offer the community free film screenings across North Cambridge, alongside a training scheme to develop the skills necessary for young people to deliver film events themselves in their own communities. Predominantly working with community centers and churches, our past screenings have included films such as The Greatest Showman, The Wizard of Oz and Spider-man - Into the Spider-verse.

More information about CFF In Your Community

CFF at Home is delivered with the support of the BFI Film Audience Network, awarding funds from the National Lottery in order to bring this project to audiences across the UK