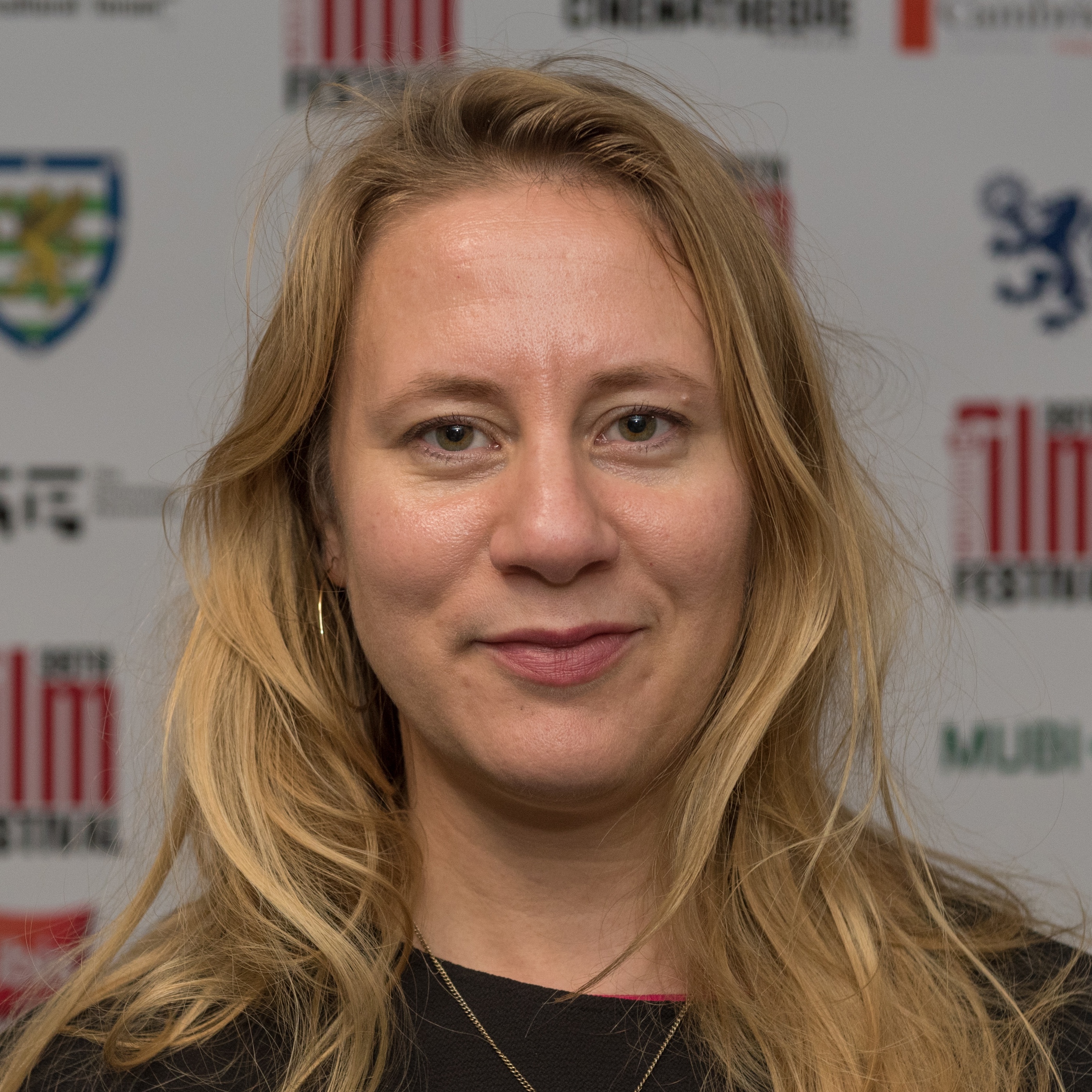 Dr Isabelle McNeill is Philomathia Fellow in French at Trinity Hall, where she has taught film studies and French literature since 2005. She is the author of Memory and the Moving Image: French Film in the Digital Era (Edinburgh University Press, 2010) as well as articles on film and its relations to memory, the city, home, tourism and Internet culture. She is finishing a book on the cinematic rooftops of Paris, which explores urban space and cultural history in relation to cinema. Her next book will be on female French filmmakers and she is also involved in a collaborative project on creative and alternative approaches to academic work. 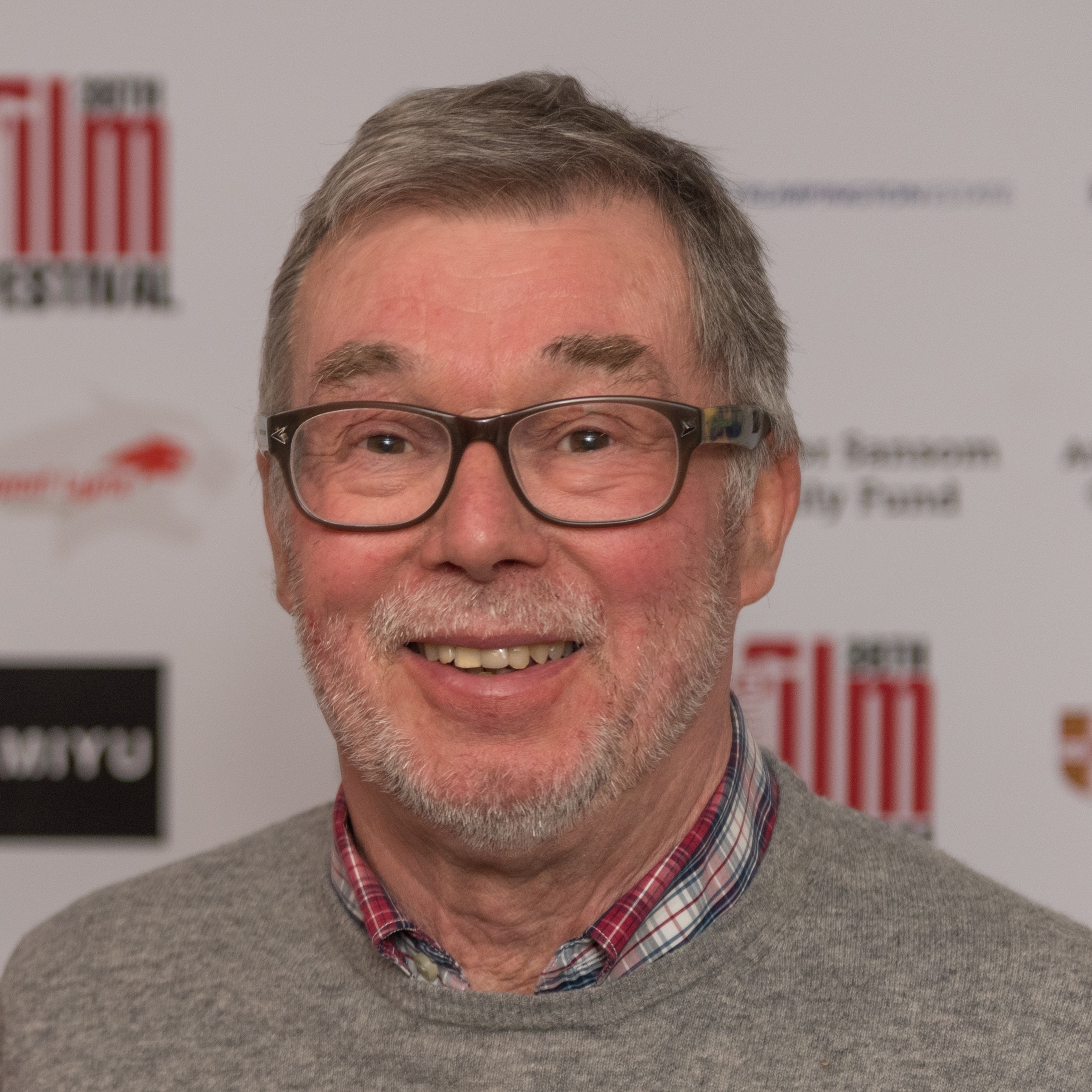 Cambridge Film Festival Director from 1981 to 2019

Tony Jones is the most significant figure in independent film exhibition in the East of England region. Besides pursuing a long and successful career establishing and programming art house world and independent cinema, he became involved with the Cambridge Film Festival in 1981 and run it as Festival Director until 2019. Tony also founded the Cambridge Film Trust which delivers the festival.

Tony first became involved in cinema programming in 1968 when he founded the Arts Lab, an independent venue in Birmingham. Twelve years later he became programming manager for the Arts Cinema in Market Passage, Cambridge, which he built up to become the UK's highest-grossing single-screen venue outside of London.

Alongside this, Tony co-founded City Screen Limited in 1989 with Lyn Goleby, beginning with conversion to 35mm on the Maltings Cinema in Ely and the purchase of the Phoenix Cinema in Oxford. They went on to open the Arts Picture House in St Andrews Street. City Screen has grown to become the leading independent cinema operator in the UK, owning 21 Picturehouse cinemas and providing programming and films for a further 37 venues. In December 2012, Cineworld purchased the Picturehouse chain for £47.3 million.

Even though film has become increasingly accessible in private contexts through specialist TV channels, DVD rentals and purchase, downloads and streaming to mobiles and tablets, Tony has continued to pioneer innovation and flair in public screening. He has taken our understanding of the screening space beyond the traditional black cube of the cinema auditorium and into the street, into stately homes, onto hotel rooftops, and into rural meadows. 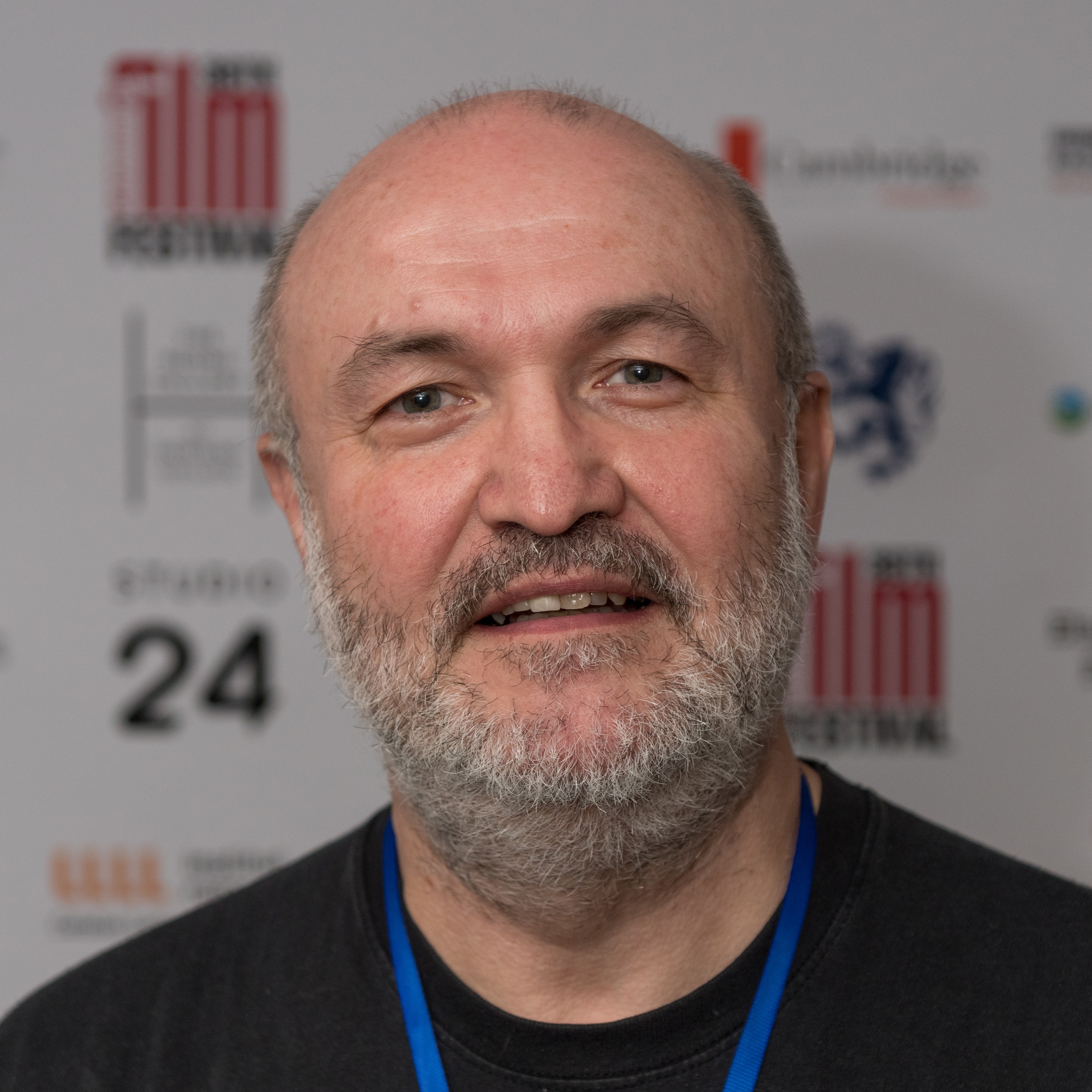 Mike’s main career has been in administration within central government departments of the Civil Service, mainly working on business planning, good working practices, and staff development. His interest in mental health issues, based on personal experience, led a colleague and him to set up a staff mental health support group within Defra called Break the Stigma.

Mike helped set-up and run a community cinema in the region, Screen St Ives, which he is proud to say programmed a diverse range of films, including foreign language, silent, documentary, animation, and British independent films. Mike has been a supporter of the Cambridge Film Festival for many years, which is why he feels particularly privileged to be a Trustee of an organisation which champions diversity in film and works hard to bring them to a diverse audience. He also set-up the Herts Jazz Film Festival which puts on jazz related films at the same time as the prestigious Herts Jazz Festival. 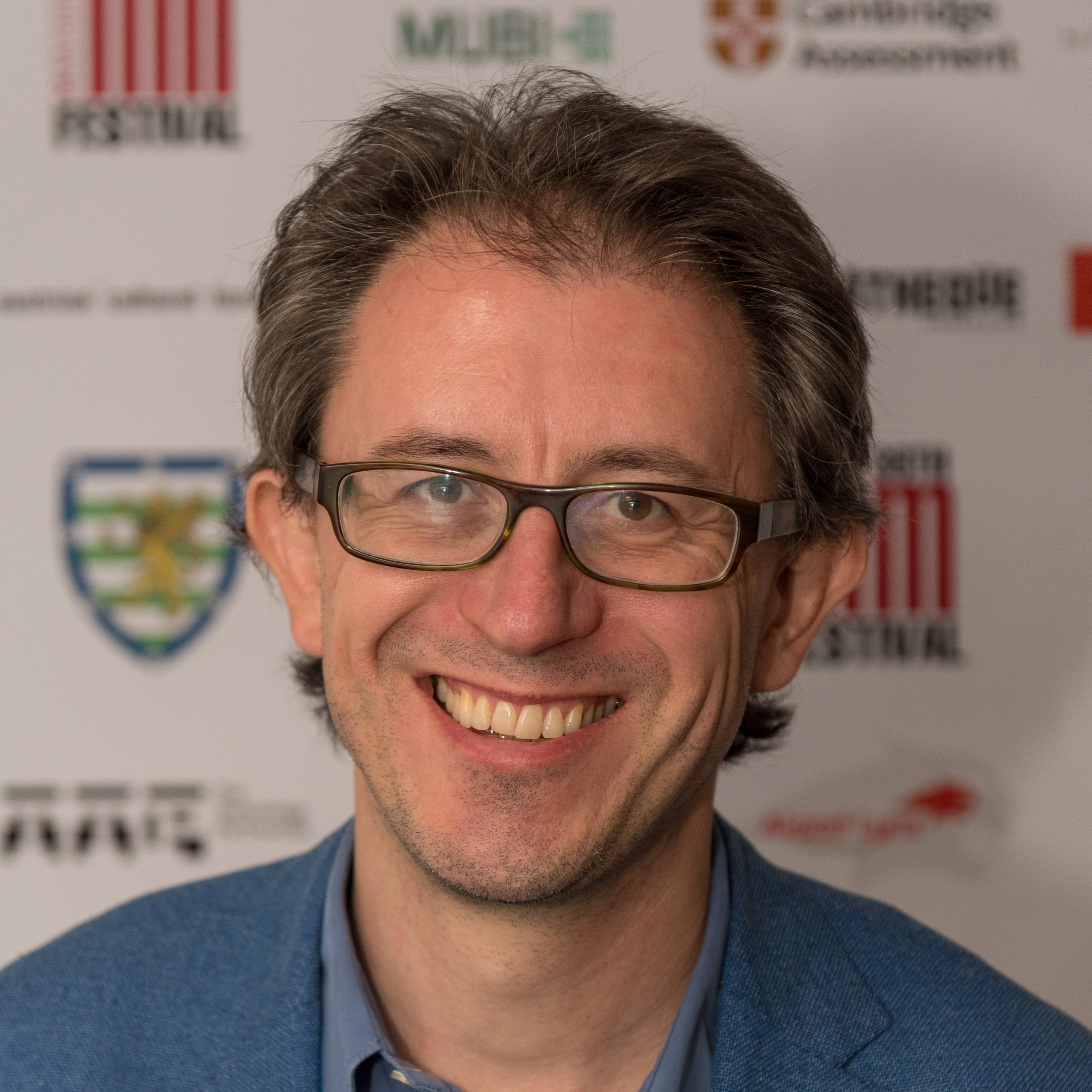 Simon is the Founder & Managing Director of Cambridge-based digital agency Studio 24. With two decades of experience in digital design and technology he advises clients on how to be effective online and with his team of designers, technologists and marketing experts creates fantastic websites and web apps. He has been involved in several technology groups in Cambridge (Refresh Cambridge, PHP Cambridge), has volunteered at the Web Standards Project, speaks at various community and industry events, and was a school governor for four years.

Through this company Studio 24 he has sponsored the Cambridge Film Festival since 2007, providing the digital presence for the festival. Since 2016 he has been a trustee of the Cambridge Film Trust, helping guide the charity with his business and digital technology expertise.

Simon is a firm believer in the power of the arts to improve people's lives and fully supports the Film Trust’s aim to reach a wide and diverse range of audiences. 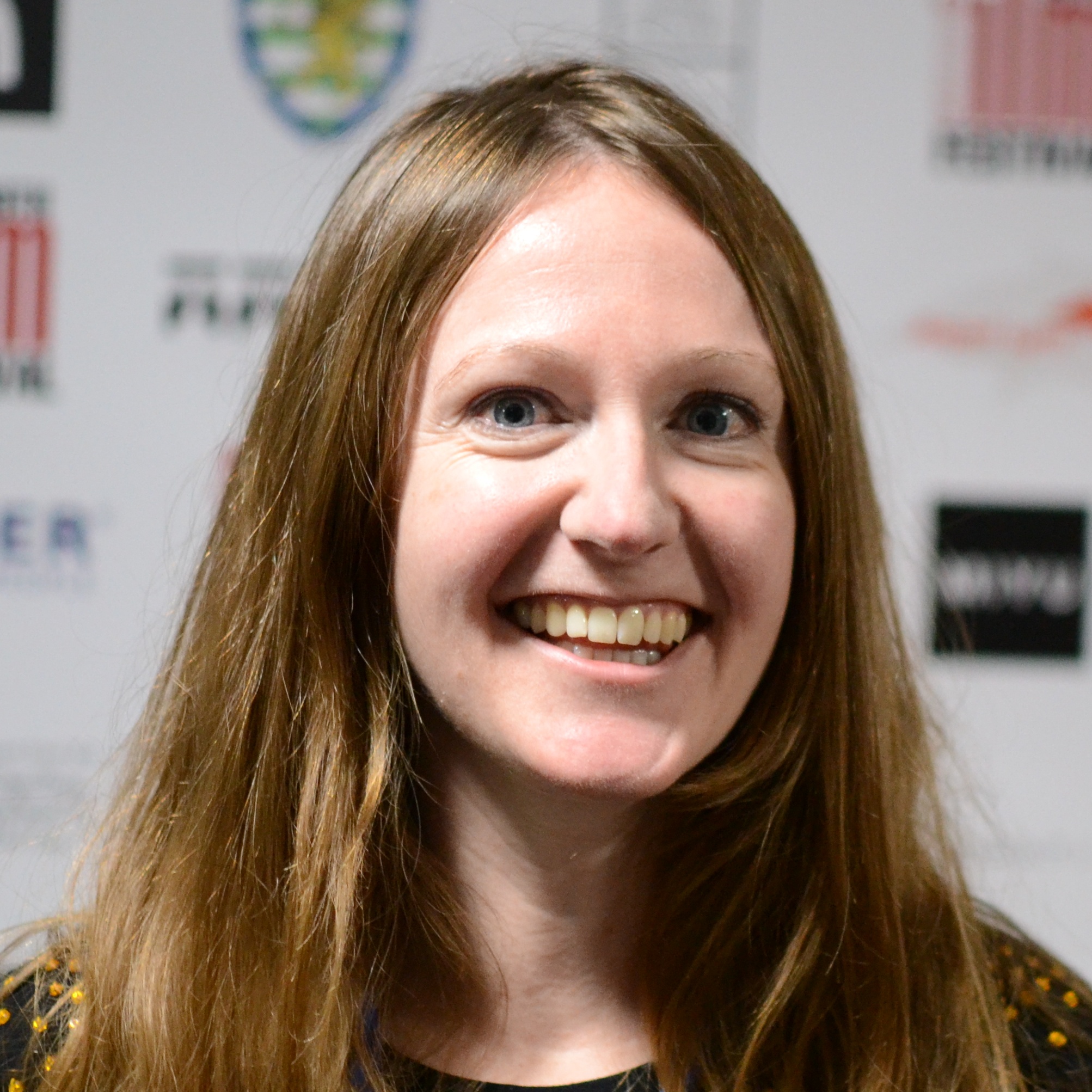 In her former role as Executive Producer at Classic FM, Jennifer produced a range of shows. She left the full-time role in July 2018 to complete her studies for an MSc in Creative Industries Management, but continued to produce the weekly film music show, Saturday Night at the Movies, presented by the Radio Times film editor Andrew Collins, until she started her full-time role at Scala Radio. She wrote a Saturday Night at the Movies book about creative collaborations between film directors and composers, published by Elliott & Thompson in March 2018. 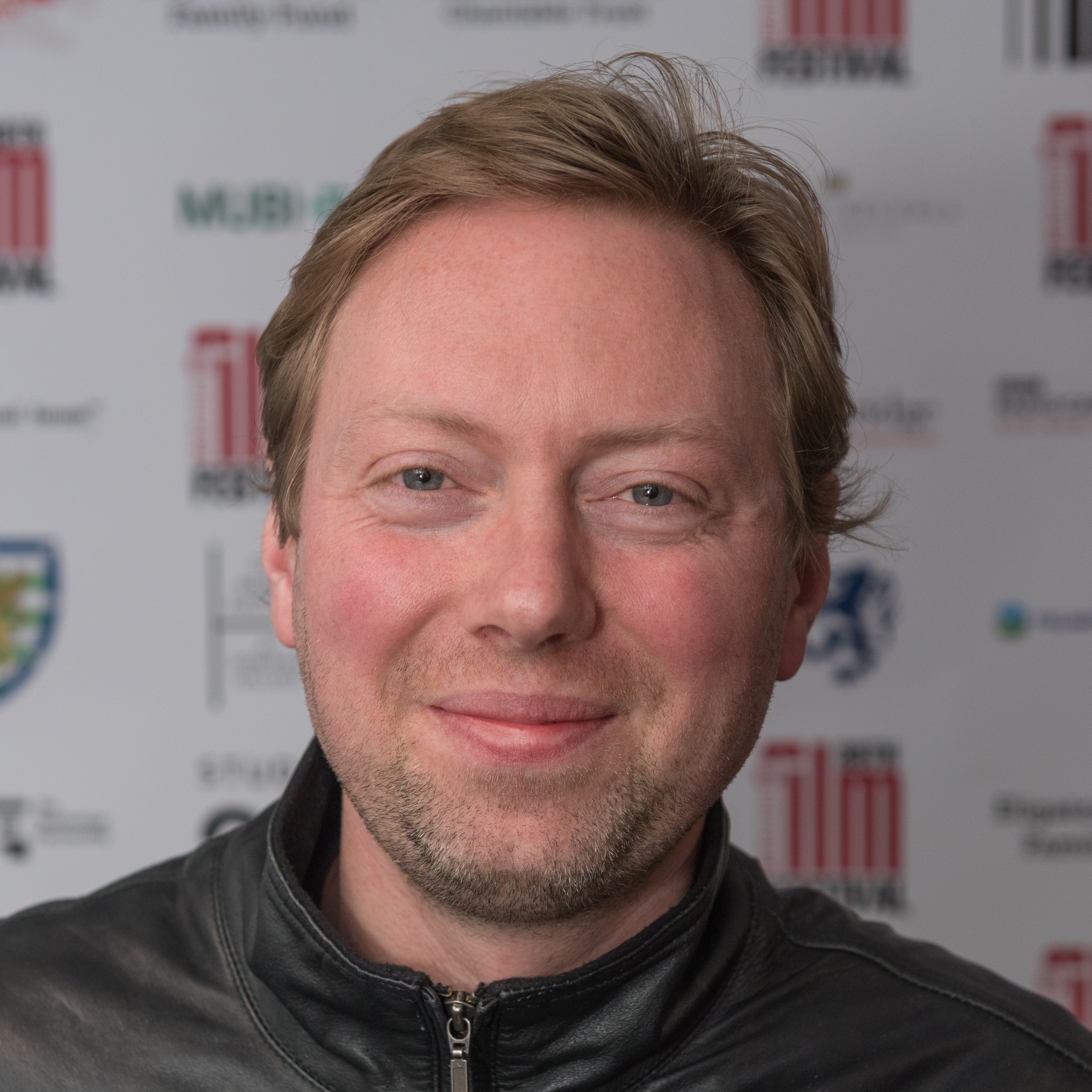 Matthew Webb is a career management consulting professional and artist specialising in sustainability, finance, technology and engagement with an MBA in finance, sustainability and change from the University of Durham and has exhibited his photographs in more than 30 gallery and museum solo shows. In 17 years, Webb has helped transform more than 30 leading organisations through more than 40 projects and programmes spanning healthcare, government and public sector, financial services, energy, media and telecommunications, and retail sectors and has received more than 250,000 visitors to his exhibitions.

"I have long held an interest in film and have attended many film festivals around the world, whilst living in China, Russia and Brazil over the last twelve years and in the UK before then. From shorts to feature-length and documentary programming, I have seen a huge diversity of delivery and engagement over time and delighted now to be helping Cambridge Film Trust reach new audiences."

Webb is also the Director of Photography for Panorama and Managing Trustee for the participatory photography charity Eyes of the Street/Olhares na Rua.